Save 20% on Wetsounds: Click to view Wet Sounds products

{{ display.topText }}
{{ display.middleText }}
{{ display.bottomText }}
{{ display.disclaimer }}
Your coupon has been unlocked! Use the following coupon during checkout:
{{ activePromo.couponCode }}
Your coupon has been unlocked! Check your SMS messages or email for the code.
By submitting this form, you agree to receive recurring automated promotional and personalized marketing text messages (e.g. cart reminders) from MarineStereos at the cell number used when signing up. Consent is not a condition of any purchase. Reply HELP for help and STOP to cancel. Msg frequency varies. Msg and data rates may apply. View Terms & Privacy.
{{ display.mobileSmsButtonText }}
No Thanks

The Lowdown on High Level Inputs

So you just purchased an amplifier for your vehicle's sound system. Did you get a wiring kit to go along with it?

Hopefully you did because it means you can install the amplifier sooner rather than later. But before we get to the installation, we want to share the different types of kits you can use.

Most amplifier installation kits include 1 set of RCA cables that send the signal from your radio via a pre-amp output to the input side of your amplifier; this is how the amp "knows" the music playing on the radio. RCA cables and pre-amp outputs have been used to do this in vehicles for over 30 years but now many amplifiers will accept high level, or speaker line inputs.

This information will explain the difference between the cables and inputs to give you some insight as to which ones you should use. 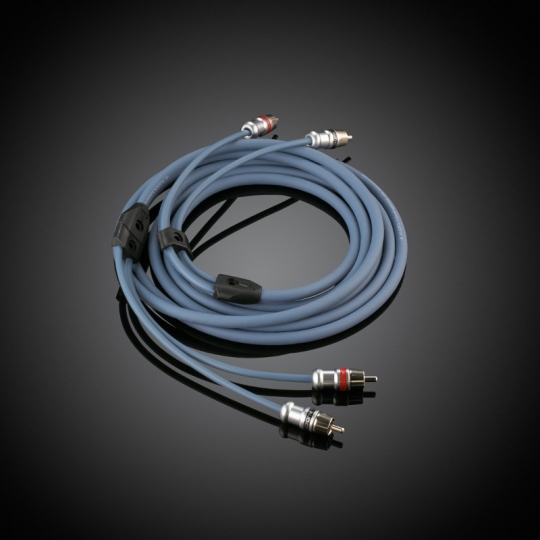 Most radio or head units come with at least 2 channel RCA pre-outs which send a 2-5 volt signal from the radio to output connections before sending the signal back to the radio to reach its internal amplifier.

Traditionally, amplifiers could not handle the amplified, higher voltage signal that is coming from the speaker wires. The signal was passed via RCA connections which had a positive center conductor and negative outer shield. The RCA cables were twisted inside the insulation and the ground or negative side was grounded to the actual radio chassis which grounded to the chassis of the vehicle via the ground wire at the power connection.

Also, every other electrical item in the car is grounded to the chassis which means noise from a variety of vehicle components can enter and interrupt the system.

Nowadays, most amplifiers accept high level inputs up to 10 volts and you can connect speaker wire via the radio’s speaker wire connections straight to the amplifier which means an easier installation and even better sound.

Most of the time, the signal coming from the radio is about 10 volts which means less noise and generally better sound quality. With high level inputs instead of the ground from the chassis, the signal comes from the internal electronics of the radio.

Another advantage of high level inputs is that the cost is usually much cheaper. RCA cables can be expensive, especially if you need to make long runs. Speaker wire is relatively cheap and although certain amplifiers need adapters, running the speaker wire is much easier and less bulky than RCA cables.

If you are old school and just want to run RCA's because that is the way you’ve always done it, that’s fine but, when you run RCA inputs you get the following:

You’ll probably have to select a switch or tell the amplifier what the input voltage is, but when in doubt, high level out!

Jeff has been a long time fan of classic cars ever since he restored a 1965 VW Beetle when he was a teenager. One of the first task on his restoration check-list was to add a sound system to his car. However, stereo options were limited, and many involved cutting the original dashboard get fit a modern DIN size radio that looked out of place with his classic restoration. Today, his love of classic cars has grown into ClassicCarStereos.com. As president, he understands driving a classic car is an experience and so is listening to music. It isn’t about where you are going in your car, it is about the feeling you get while on the journey.